This wind turbine power curve report was generated when SCADA Miner detected under-performance.  It can be hard to convince the OEM that their turbine has a power curve performance issue. They cite anemometer uncertainty (due to main blade wake) as a reason that nacelle anemometer power curve tests are inaccurate. 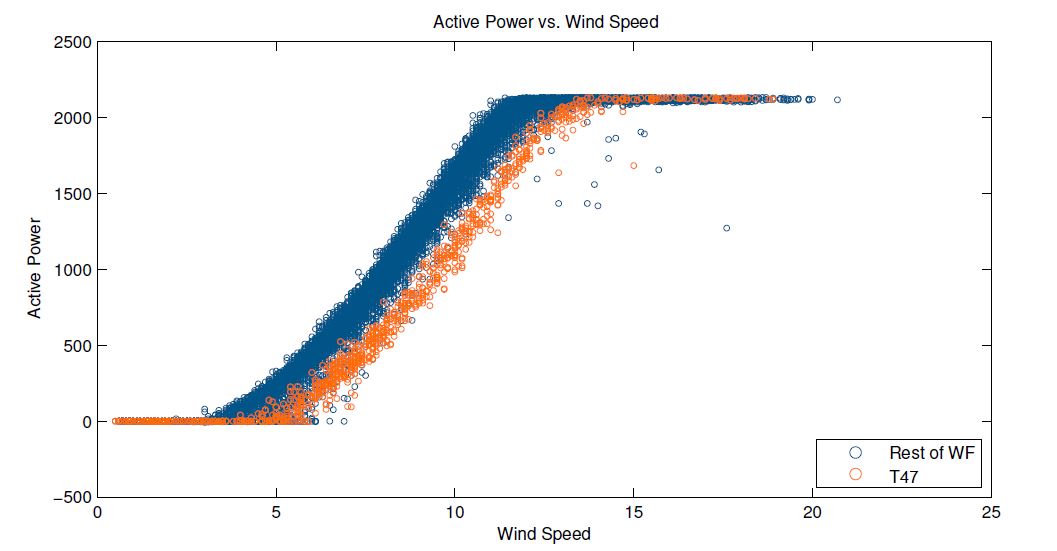 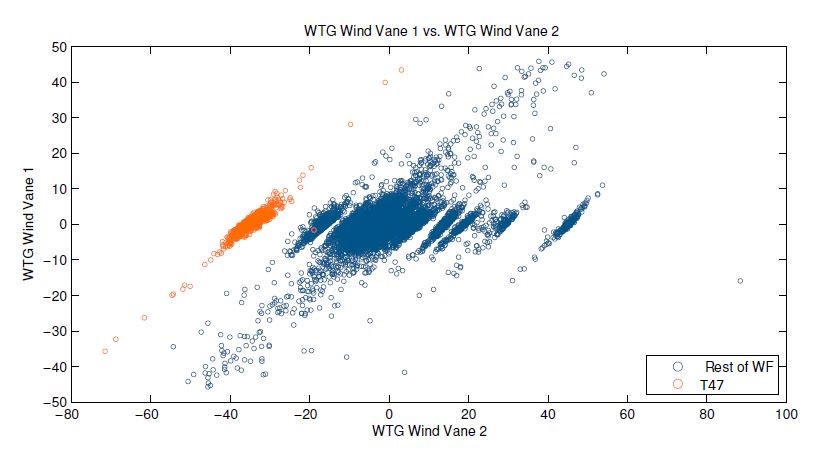 This same turbine also triggered exception reports on some additional tests.  Due to the wind vane misalignment, this particular turbine was yawing much more than the rest of the wind farm.  This was detected by analysing the count and duration of the digital outputs associated with yaw drive activation. 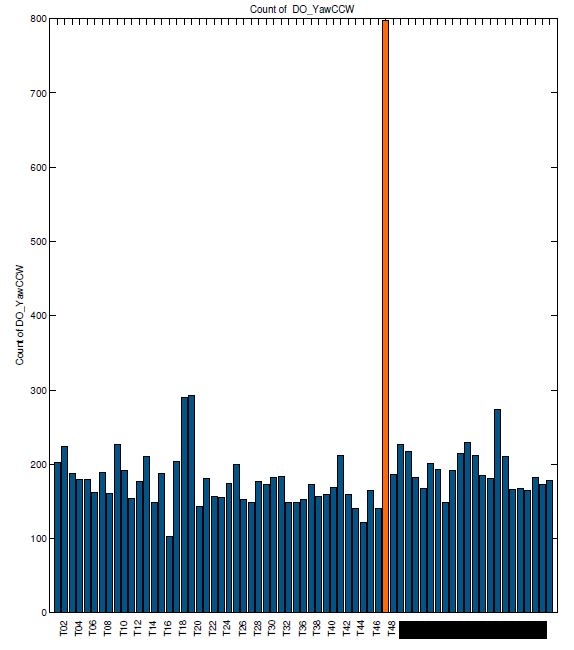 The alignment was easily resolved and the turbine power curve shifted back into the wind farm norm.  This underperformance did not generate any alarms in the OEM’s SCADA system – the increase in production from this single turbine had a value which we estimate would have exceeded the SCADA Miner subscription fee for the whole wind farm.