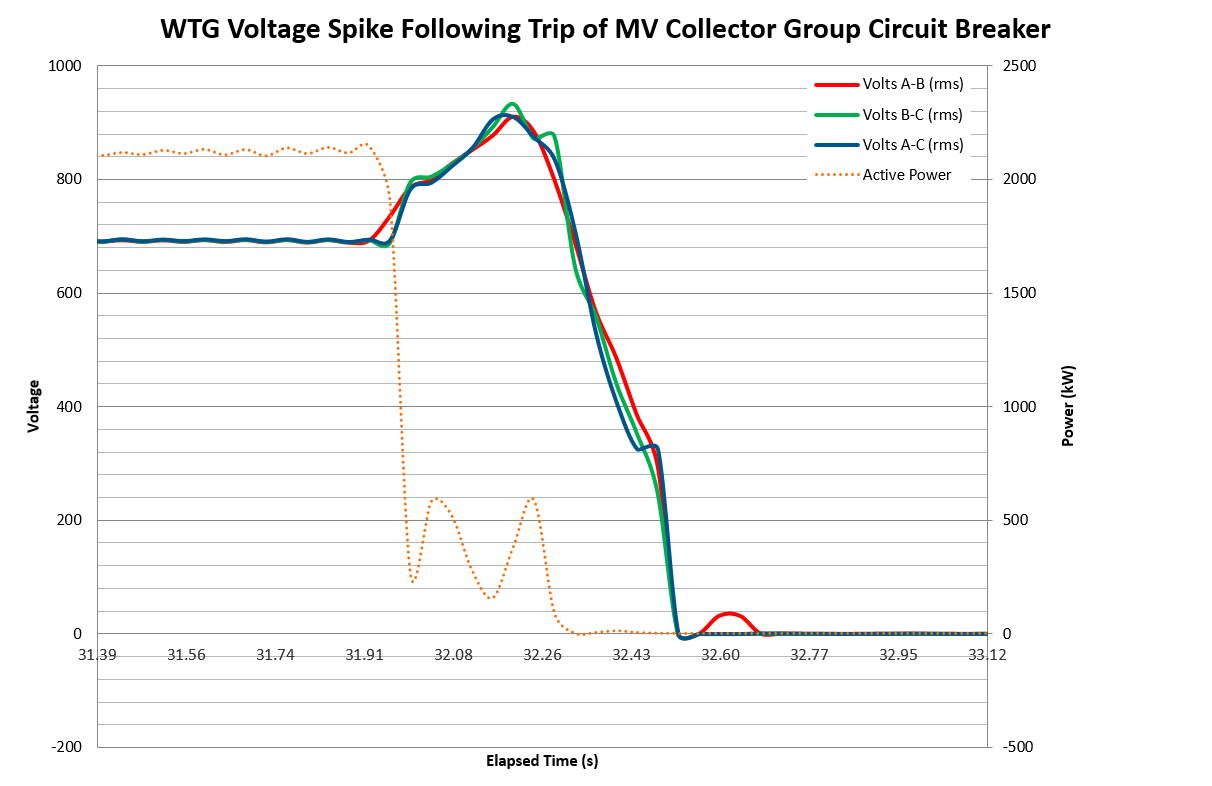 Wind turbines don’t respond quickly to islanding situations (e.g. tripping of a medium voltage collector group).  They may detect islanding quickly, but it is typically quite slow for a brake program to initiate and the generator to be isolated from the grid.  Between the time the wind farm (or turbine string) has become islanded and the time that each turbine isolates itself from the islanded network (usually via opening a contactor, not tripping a CB as many people believe), the turbine terminal voltage rises significantly.

If an earth fault is present on the wind farm MV network (e.g. MV cable joint fault, a common cause of collector group trips and thus WTG islanding), then the two un-faulted phases will already be experiencing increased voltage (for explanation see this article on neutral earthing and how voltages are affected during faults).  So the combined voltage increase due to islanding and an earth fault can be quite significant. 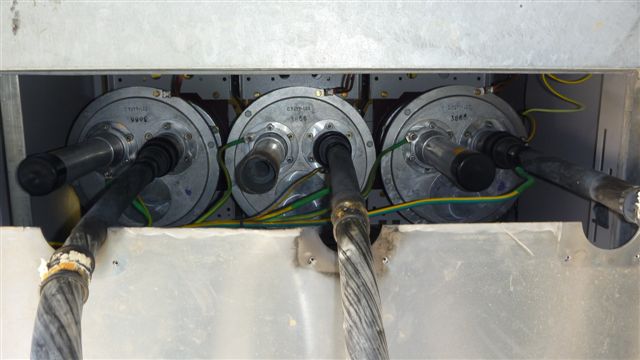 If your wind turbines have been islanded before, examine your SCADA system’s event logs. See if a high speed capture was triggered on the last islanding event. Triggering should be standard on modern wind turbine SCADA systems. The log is usually called something like a fastlog, high-speed capture, snapshot etc.  Voltage is one of the signals that is sampled during the high speed data record.  Examine the extent of the islanding overvoltage at the turbine terminals. Consider how this will translate to voltage on your MV network.  You should be able to conclude whether your surge arrestors are adequately rated when islanding coincides with an earth fault.  Another source of this data could be your MV feeder protection oscillography but that might require you to physically plug in to the protection relay to download it.

ABB produce a great document on surge arrestor selection which I have found very useful.  It can be downloaded from ABB’s website.